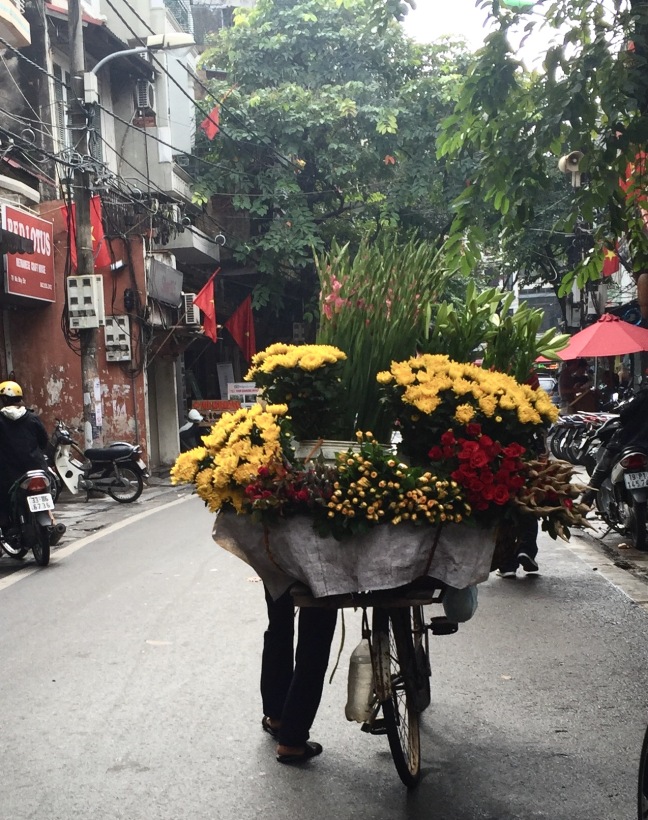 Hanoi is the eclectic, erratic and utterly delightful capitol of Vietnam, representing the perfect juxtaposition of urban, modern life and old world tradition. It is a place of utter chaos that has found a symbiotic groove in which the old world ways interface fluidly with contemporary lifestyles… and the result is absolutely charming.

The way my itinerary worked out, I actually ended up with a couple of days in Hanoi on three separate occasions, giving me six days total. I was annoyed by this at first, finding no good way to work around a couple of tricky logistics, but after my second stop in this fascinating city, I was thrilled that I got a chance to come back one more time and explore yet again.

Most of my time was spent in the Old Quarter and Tay Ho (West Lake) areas, and walking the bustling, twisting streets, taking in the abundance of activity, sights and sounds just never got old. There is so much to keep you engaged… from the street vendors to the video game-like motorbikes weaving in and around, from the beautifully aging colonial architecture to the ornately ancient temples wedged in between. Tourists and locals alike pack the streets and there is never, ever a still moment.

But there are wonderful ways to deal with the constant motion of this city when you need a little respite. Spa’s are prolific and for very little money you can exit the commotion and get your zen back in some soft, serene space. The rivers and lakes throughout the city are a beautiful, calm backdrop, providing space to relax and greenery to breathe in. There are also many cafe’s, bars and restaurants that provide one kind of oasis or another… often on a balcony two or three floors above it all, sometimes off a small, tight alleyway that leads to a huge hidden, courtyard, or even at one of the many street side cafes where you can sit back with a coffee or a cocktail and just watch it all walk by.

The people in Hanoi are much like any other city: busy. But the prevailing theme of family and community is strongly apparent here, as children happily run about while parents man the storefront and friends hang out to have coffee together throughout the day. Meals are often taken right there in the store, looking out on to the open street, and at those times, family is first, customers second.

Addressing the rumors of locals ‘constantly ripping off the tourists’… prices set ridiculously high, incorrect change given, pretending not to understand etc… I found this to be valid only on one or two occasions and only in the high-traffic tourist areas where there seems to be a sort of pack mentality about. I am happy to say, however, that there were an extraordinary number of instances when the locals went out of their way to help me, or could have taken advantage but didn’t, leaving me with the clear overall impression of good will here.

Lastly, talking about Hanoi would not be complete without mentioning the food… from the lone woman dishing out her pho on the street corner to the myriad of restaurants with outdoor tables and tiny stools. From super basic to super fancy, eating here is done often and well, and food is a large part of the culture. Without exaggeration, almost everything I had was exceptionally good and to say I miss it already would be a huge understatement.

Hanoi is a beautifully vivid, visual feast and best told in pictures, and so I give you the remainder of my highlights in no particular order…