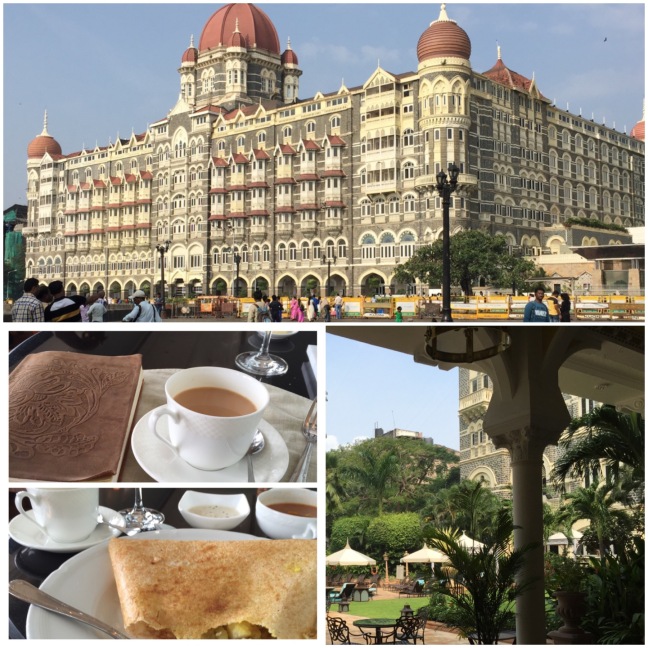 I guess it’s partially because I’m an American and did not grow up surrounded by this kind of poverty (and partially because I am an incredibly sensitive soul) that I find the magnitude of the poor in India so shocking and I just cannot shake the feeling of heartache it leaves in me. I cannot tell you the numbers, (although there are well over a million impoverished in Bombay) but I can tell you visually how much poverty and vile living conditions I saw in just two and a half days. It was staggering… and that was only what was visible to me. The population here is immense and it’s clear that the vast majority of people are living in conditions that are unfathomable for much of the world.

In San Francisco we have a huge homeless problem, and without negating what any homeless person experiences, it is still America and it seems difficult to compare. And yet, I can’t help but wonder, who is to say which experience is better or worse than the other for the people living it? An experience takes on it’s shape based upon one’s own perception of it, and that perception takes it’s own shape from a multitude of ingredients, mostly previous experience. Circular, yes, but while we may not be able to change the circumstance we are dealt, we are able to alter the way in which we approach it, which is why I ache to understand the perception of those people whose experience is so foreign and incomprehensible to my own.

I think the point I keep coming back to in my mind when I think of the slums I saw everywhere, or the homeless begging at every corner with babies in tow, or simply the astonishing amount of how many are living like this, is… do these people have any amount of joy in their lives? I know from my travels to different places around the world that some of the poorest people I’ve encountered seemed to have found a peace and happiness that so many Americans who are privileged beyond belief cannot seem to find. And yet… this kind of destitution just seems unbearable.

And so it comes back to perspective. If you are born into something and know nothing different, does the human spirit find a way to see and feel happiness simply because that’s what we are born into this world striving to do? Or is there an unshakable misery brought on by circumstance that lays heavy on the soul and burdens the entire span of the life you’ve been dealt? It would be my guess that if I had the means to ask this question to 100 impoverished people I would likely get 100 different answers, but I do not know.

In Bombay, the opportunity to tour the Dharavi Slums (the 6th biggest slum in the world and yes, they have tours which are apparently done quite ethically) is something that kept coming up as a ‘must do’ and I will confess that despite my initial reaction of ‘absolutely not’ I was tempted because I had been told how much industry takes place there and how these people have built productive lives inside the slums. Admittedly, I found this fascinating and it gives me hope that just because it’s difficult for me to fathom joy within the confines of such misery, it does not mean others are bound by that view. After all, it is up to each soul to define their own misery and find their own gratitude, no matter how it looks to others from the outside.

In the end, after seeing the neighborhood slums located a stones throw from the ‘nice’ area where I stayed, I knew that visiting Dharavi was not something my tender heart could handle, and just witnessing those massive dwellings from the highway was almost too much to bear. But my thoughts linger there nonetheless, as the vision of countless blue tarps and corrugated metal roofs endlessly overlapping one another is one I cannot push from my mind, knowing there are countless lives, each with their own story, being lived underneath that ominous cover.